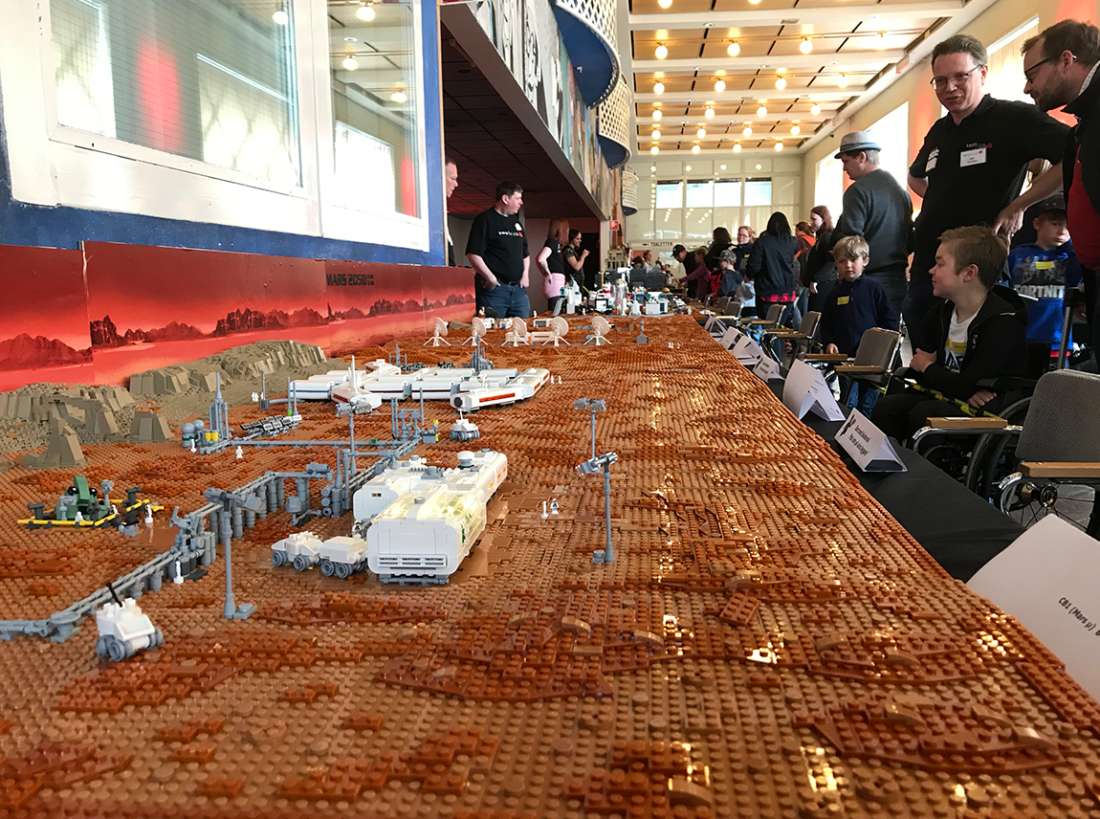 Yesterday I visited the AFOL event in Borlänge. At the entry they displayed two huge collaboration building sets. One team had built a futuristic imagination of living on Planet Mars and the other was the finish line at the classic cross country ski race called ”Vasaloppet”.

I was impressed by all the awesome creations. They have done an incredible preparation to make this exhibition a success. 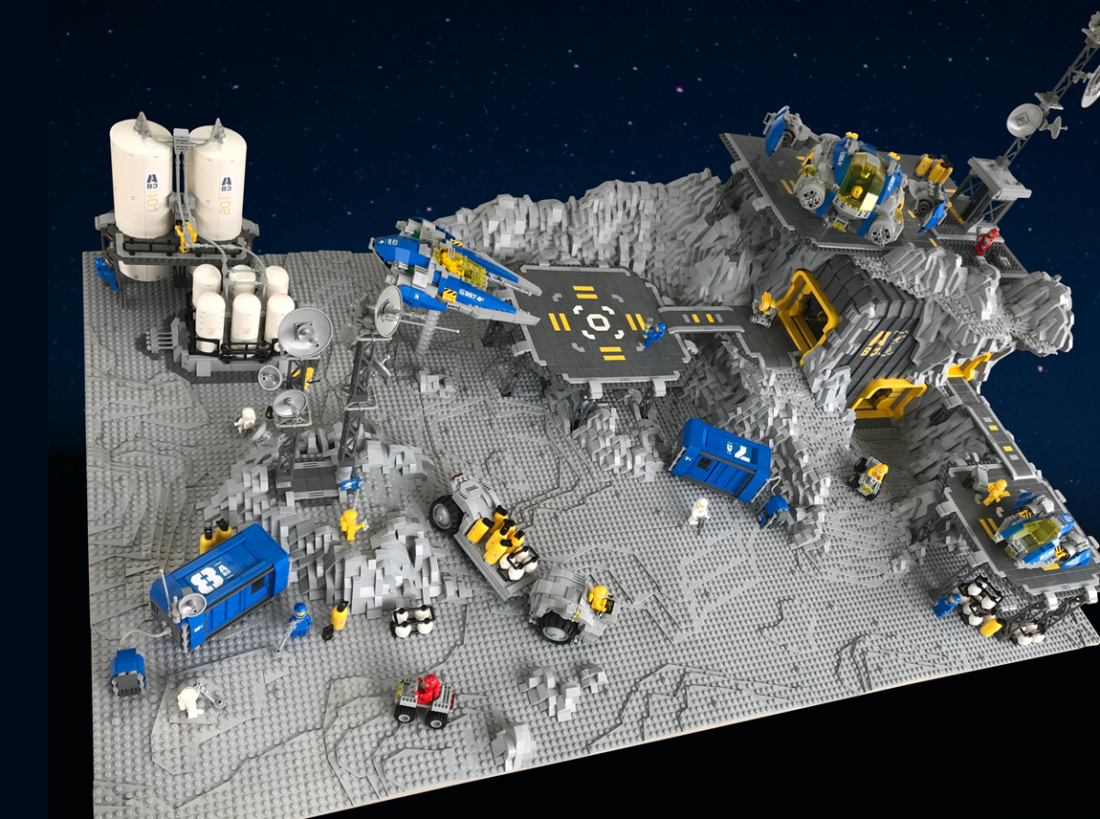 I think AFOL (adult fan of lego) Dale Harris from Australia has built a really cool MOC on the classic Space theme from the eighties. I really like his technic in building the mountain and the use of wedge plates. His own stickers give the MOC a cool finish. You can find other things he built on his blog, harrisbricks blog. 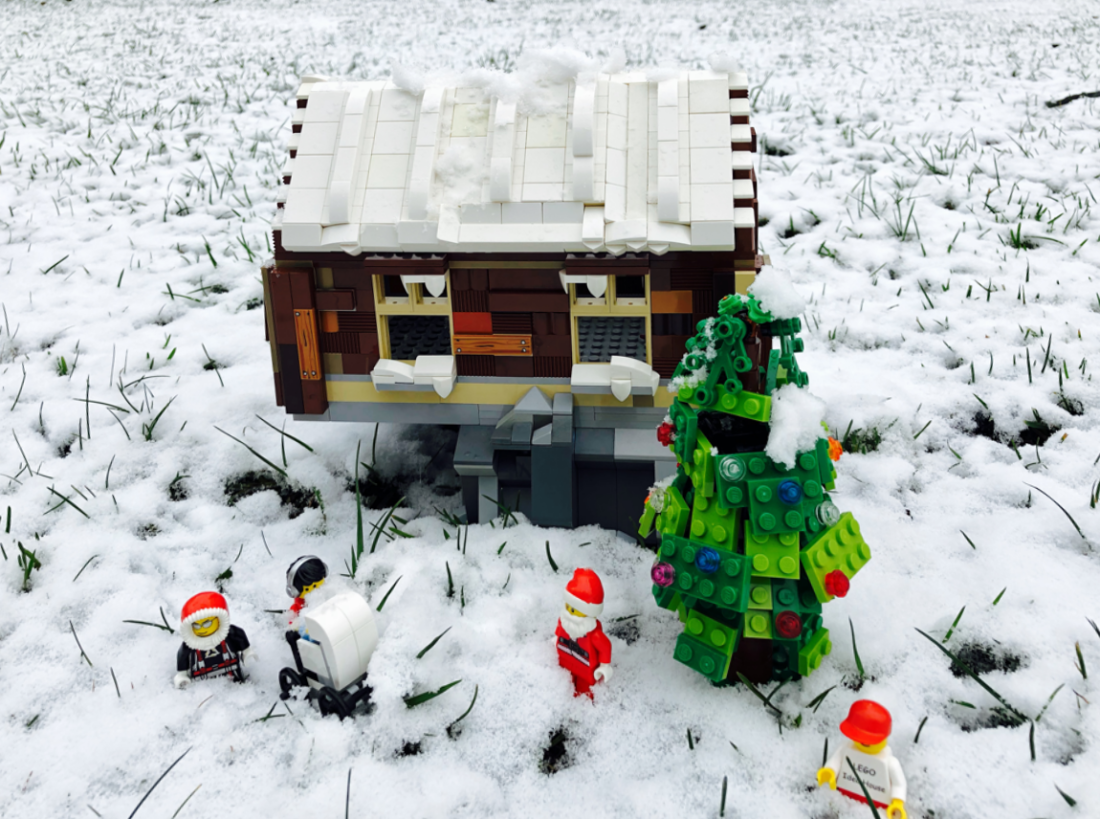 I have previously built this Mountain Lodge MOC. The season has changed so I’ve redesigned the Lodge with winter details to give the house a Christmas look.

The Ewoks are my favourite characters in the Starwars epilog. If found this brilliant Lego creation done by the nick name Lego 7 at flickr. He has included all the necessary details to reflect the Ewoks. Very clever and thoughtful design. Check out his flickr page for some ideas!

I’ve been poor at publishing posts for awhile. School has been calling! I will soon graduate grade 9 in Sweden. We have had so many examinations last couple of weeks, I’m really looking forward to the summer holiday. After some chill, relaxation and creative Lego building I will begin studies at the secondary school (senior high school).

This weekend the Lego City’s news team met Nick Carter, who loves to swim. He had decided to take a dipp in the lake. He enjoyed being interviewed, but he looked quite nervous when he was at the top of the waterslide.

But with a reporter and a cameraman it’s not possible to back down even though you have second thoughts.. Nick slided down into the ice-cold water. He was in shock, but afterwards he had a big smile on his face. Mission completed!

Dwalin Forkbeard has created an awesome popcorn bin. If you look closely you can see that he used small puppy dogs from Lego Friends to resemble popcorn. He has also built the letters and presented the text in a cool way. The actual cup is constructed with different angles which gives a nice authentic look!

I have almost completed my Mountain Lodge MOC. I still have to work on the interior fittings. For awhile I was not sure how I wanted to design the roof on the lodge. One of my ideas was have a winter look with snow, or a roof with vegetation of gras and flower. I choose the second alternative. The ruff old vintage look decorating the walls works great together with the green roof. I hope you like my MOC!

At the sponsor event I attended on Friday to show some of my own creations, I displayed my newly built beach house. It’s a modern villa standing on a high cliff. The house has high ceiling, white floors, deluxe view from wide windows, modern equipped kitchen. A slim modern staircase leads up to a master bedroom with a corner window. From the second floor a door leads out to a large terrace. A gas grill  invites guests to a nice barbeque with a great view.

The Youtuber LegoSpencer has built an awesome wearable Death Trooper helmet with Lego. He has succeeded to make the look very authentic. The base is made from technique lego which ties the whole construction together. Great work!