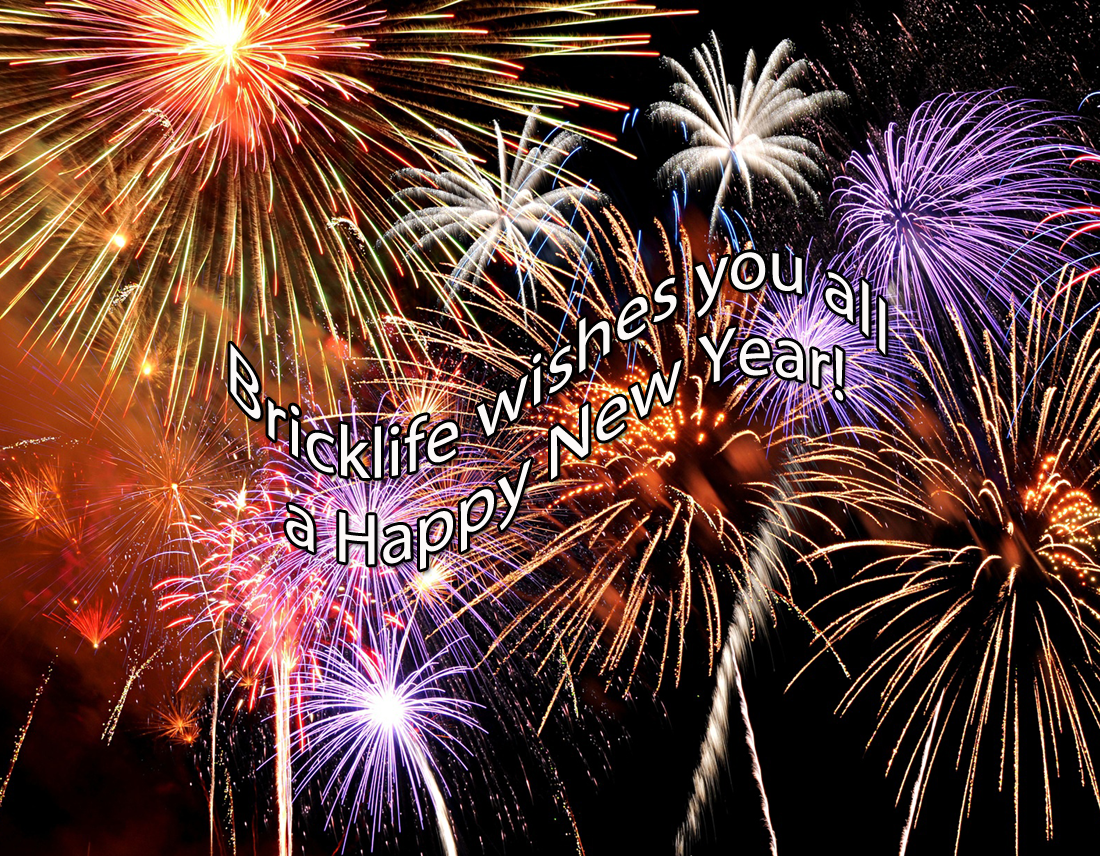 Bricklife wishes you all a Happy New Year!

I can summarise my Lego year with many hundred enjoyful creative building hours with the magic bricks. One of the most memorable moments was the visit at the new Lego House in Billund (House of the Bricks), the exhibition Art of the Brick by the Lego artist Nathan Sawaya in London, displaying my own skyscraper MOC at the Swebrick exhibition in Uppsala, a railway construction in my own Lego town, visit at the Lego store in Milan Italy, new flagship store at Leicester Square London and New York, some exciting orders at Bricklink as well as opening my own shop. I’ve been interviewed in one magazine and one newspaper about my passion for Lego and published over 200 posts on my blog. As all Lego fans I’ve added some new great sets to my collection.
Happy New Year!
Hugo
december 30, 2017 In A new Lego set, Lego Star Wars

The first Star Wars sets of 2018 have already started selling. There are seven sets from the latest movie The Last Jedi, three independent sets, two buildable figures plus one set from Clone Wars. The origin of the Sandspeeder is still a mystery, some believe it’s from the upcoming Solo movie. I will write reviews of some of the these sets, watch out!

Today my interview was officially published in the Swedish daily newspaper Uppsala Nya Tidning. I was a bit surprised when I ended up on the front page, great fun! Thanks to all Lego friends with great feedback. Information to my english spoken followers, the article is in Swedish. Just to give you a short summary of the reporters angle in the interview. It was my great interest for the magic bricks. It’s very common youngsters interest for Lego fades away when they become a teen. I hope I can inspire some to continue with their passion. If you have any thoughts or ideas please contact me at info@bricklife.se.

Read the article as pdf

Spending time in a warmer place, not any snow in sight. I will soon build BB8, then he’ll see the day of light.

I’m spending Christmas in Mexico with my family and luckily I got BB8 as a Xmas present.

Merry Christmas to you all! 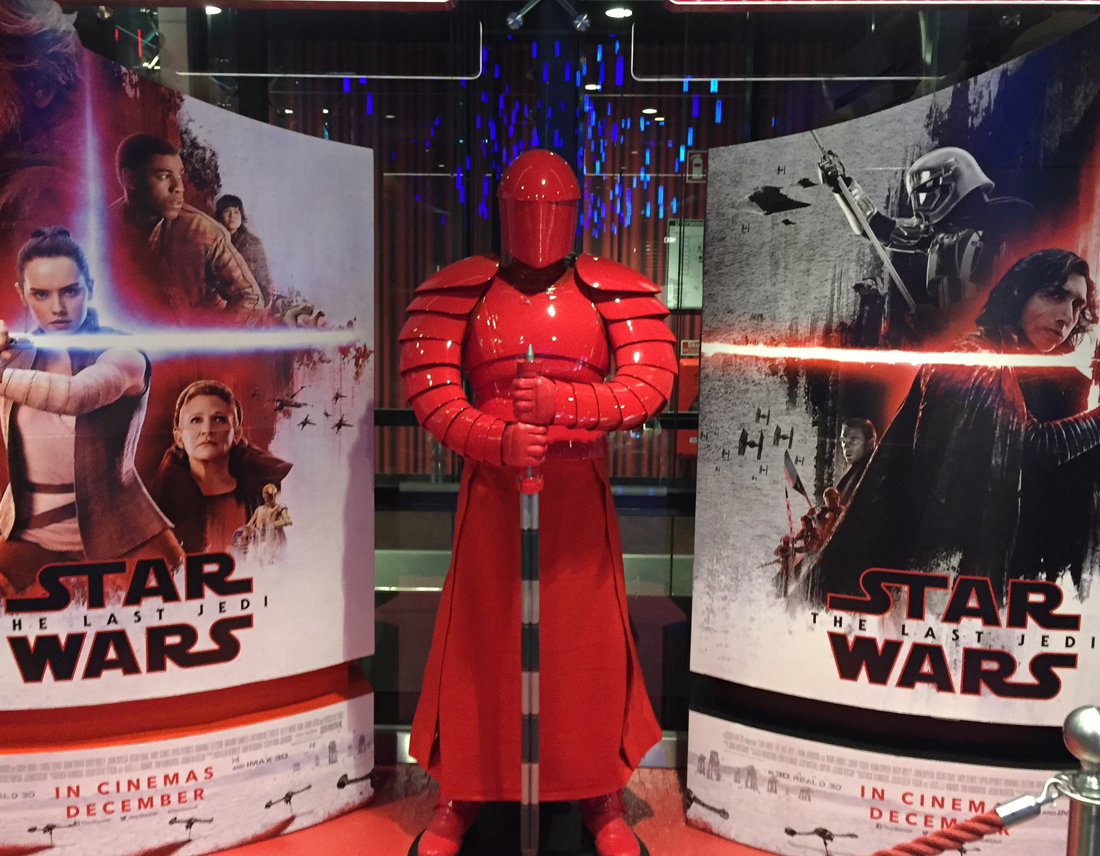 I’ve waited for this day! Tonight it’s finally time to watch the lastest movie from the Stars Wars trilogy – Last Jedi! As every Star Wars fan I’ve already seen all the trailers. I hope the movie delivers and gives me a smile 😀.

Interview in a daily newspaper!

Today I had an interview for UNT – a Swedish daily newspaper. They wanted me to share and talk about my interest and passion for Lego. The interview will bee published in print as well as in their digital channels. It was great fun and a bit unusual to talk to a reporter while looking into a camera. I give you heads up when the interview goes viral.

The Lego forest tractor has a limegreen who gives an authentic look. Extra lamps on the roof cabin top. There are ladders on each sides for access. It’s easy to imagine how the log picker arm grabs the logs. At the rear back the forest worker can store chains to drag the logs, chain saw and a shuffle. The set comes with a total of 174 pieces.

In the Dirt Road Pursuit set you ’ll get three vehicles, a small Police motorcycle, the criminal’s get away car and the Police pursuit four wheeler. I think the criminal get away car looks a bit odd without fenders. In the back compartment the thieves can store money.

The main feature is the large Police Jeep with huge tires and a net shooter. If the police is good at aiming, the net shooter will be a great tool for catching thieves. It’s really simple to reload. The car has well equipped interior for the driver.

In the set there are also a sign warning of rock slides and a dangerous large rock. You can shoot away the large rock with the help of Lego technic. How far can you shoot it?

The Ambulance Helicopter set contains 190 pieces. I think the helicopter is in a good size which gives you the opportunity to save the injured snowboard guy. The stretcher with the patient easily fits into the helicopter together with one nurse. There is also a pilot. I like the medical logo on the helicopter teams’ shirts. It’s simple to take out the minifigures through the openings on the sides. I like the life monitor set.

This set comes with a gooseneck caravan. Lego have succeeded to give the exterior a very authentic look. The white works well with the blue and grey lines. Other nice features are the stickers which completes the set. On one side you can open up the panel piece and access the interior. It’s enough space for two chairs and a little kitchenette. In the front there is a sleeping compartment for one minifigure.

The pick-ups heavy duty look match nicely with the caravan. You can unfortunately just fit one minifigure in the car and there is no interior except a steering wheel.